Time travel to 2018 with Mindshare 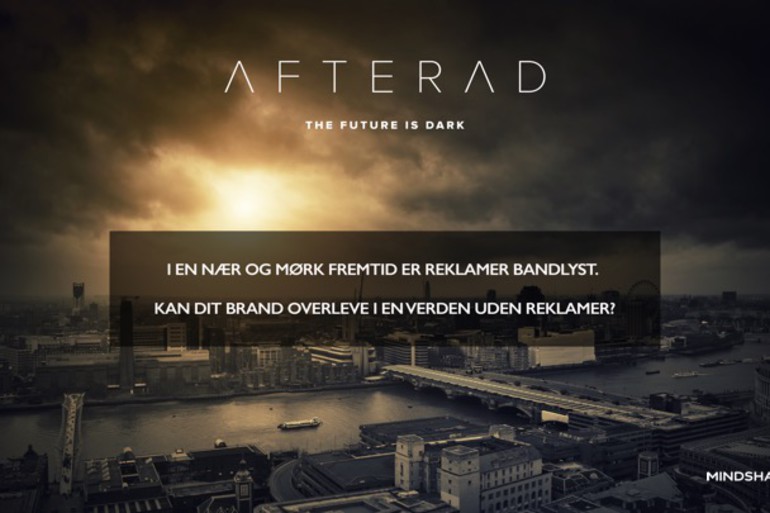 The ad blocking challenge was evident at Wednesday’s trend event at Dokk1. A mass of raised hands in the room spoke for themselves when Jacob Holst Mouritzen from Mindshare asked the audience how many in the room used ad blocking. Jacob did not seem surprised, “and most of us might even be marketers” he added. Ad blocking is a hot topic in the advertising business, because how do you advertise if people do not want ads?
FacebookLinkinTwitterGoogle+

The agency Mindshare, who to refer to themselves as an integrated agency (both media and advertising ed.) showed up with two speakers; Director of Invention, Jacob Holst Mouritzen and Communication Consultant, Pernille Bovien. The speakers took the stage with a rather futuristic setting: The After Ad Age anno 2018 where ads are forbidden by law. The setting was introduced with a video reminiscent of a presidential transmission from the White House. “Ads are bad!”, the woman in the video claimed with a sharp voice.

Pernille started explaining: “More and more consumers feel persecuted online”. The solution to this challenge, she added, is to go from the traditional push-strategies to the more consumer-oriented pull strategies, she explained. Jacob suggests redefining the traditional definitions: Bought, owned and earned media. Instead, he suggests, marketers should work with the definitions: found, used, kept and shared. Found meaning that content should be easily found, be useful for the audience, be something that the audience goes back to and eventually something they want to share. “It is time to redefine the customer journey”, he adds.

The representatives brought a caravan of examples of ways to reach consumers today. I will provide you with some of my favorites here.

Amazone has launched their Dash Buttons that allows users to easily repurchase items from their store. Imagine to run out of a product, but you are able to just push a button in your kitchen, and the product will be sent to you. The service adds convenience to the consumer, which os important today where the consumers are less loyal than they used to be.

The speakers also suggested incorporating bots in messengers. Imagine being able to tell your messenger-bot to rent a car for you. However, Jacob added, you might have to be skeptical here, because maybe your bot will prefer a certain provider?

My last example from the presentation is a video that was made by the American singer Drake. Drake made a funny remix of his own song, Hotline Bling, and promised his producers that it would go viral. And indeed it did. Watch the video and see why.