People First in the Digital Age 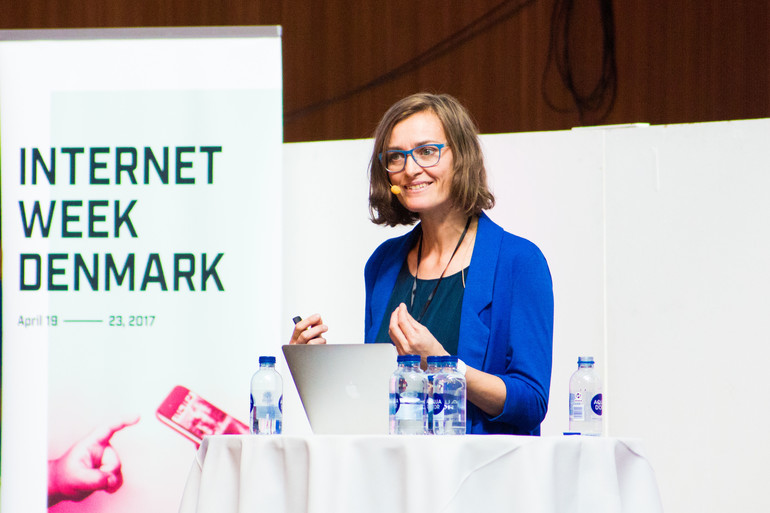 If technology can produce creatively and more efficiently, through machine learning, machine intelligence, machine perception and machine synthesis, where does that leave us, humans?
Judy Wanjiku Jørgensen
FacebookLinkinTwitterGoogle+

We are in the midst of a major technology revolution, with digital now leading the pack.

Undoubtedly, the Internet and technology continue to evolve and grow in unprecedented ways, thus playing a significantly important role in our everyday lives, both on a professional and personal level.

“If technology can produce creatively and more efficiently, through machine learning, machine intelligence, machine perception and machine synthesis, where does that leave us, humans?”

This concern on human vulnerability as addressed by a IWDK participant to Matt Jones, IWDK keynote speaker, reflects the theme of this year’s Internet Week Denmark (IWDK). People First in the Digital Age.

Matt Jones, the Design Director at Google Research, set this topic in motion by noting that “as much as the concern of Artificial Intelligence replacing humans is viable, its basis is in an old, primal fear, going back to Ancient Greece.” According to him, “people are afraid of the inevitable,” however, to pacify this concern, he noted that “machines are meant to enhance, not replace what we do every day, they complement, not compete with human productivity. “

“What if we imagine companions that extend us but not replace us,” Matt Jones said.

Artificial intelligence is not the enemy

Is our perception of technology, for example, our understanding of Artificial Intelligence, largely influenced by pop culture? Perhaps so. Filmmakers tap on these anxieties to create movies that show robots taking over humans, or even worse a human vs. apocalyptic machine war.

Popular culture plays on this fantasy to further push the agenda of technology taking over people. It depicts artificial intelligence through a fear mongering, cautionary and dystopian lens.

To demystify this belief, Mads Rydahl, Co-founder and CVO of Unsilo, and a key player in the team behind the voice-activated personal assistant Siri, noted the need for technology users to differentiate 'fantasy from reality', pragmatically.

In his presentation, he stated that “Many people are still worried about computers taking over their human role. However, the role of individuals continues to be dominant. Artificial Intelligence is continually being defined and redefined”, He added: “Smart is a better word than Intelligent.”

By redefining Intelligent to Smart, AI can be reimagined more optimistically as a tool that enhances but does not replace human productivity.

The main agenda of the IWDK is to share with the world the “Scandinavian way”. This ideology aspires to inspire everyone to put people first in the digital age through listening, learning and collaborating.

This agenda was further reinforced by Jacob Bundsgaard, Mayor of Aarhus, in his opening speech. He said that the ‘Scandinavian way’ aims “to help man and machine bring out the best in each other. To make a smarter tomorrow with more innovative products, greater services, faster systems, more profitable businesses, and more sustainable solutions.”

On a personal and professional level, people can collectively move beyond the digital culture shock and embrace a growing digital culture that substantially helps them accomplish more with technology.

Ida Tin, who Co-founded Clue, one of the world’s fastest growing female health app with more than five million users in more than 190 countries, said her vision for developing the app was to help women all around the world benefit from information and understanding about what’s going on inside their bodies.

“Follow your passion. Bring your ideas to life,” said Ida, emphasising how the her idea of helping people gain insights into the female reproductive health was made possible, and successful, by technology.

An app like Clue is at the forefront of this digital revolution. It has helped shift attitudes, debunk, and normalise female reproductive health.

Naturally, pervasive technology continues to raise questions and doubts of what it means to be a human in the digital age. How will people build a society where no one is left behind, no one fears technology or shields themselves away from technology?

Without trust, digital technology cannot work. Trust can only be built by humans to ensure that technology operates within the highest ethical standards. To this end, machines will always need humans, and vice versa, however, people first is the ultimate winner in the digital age.