How is VR used in other areas than entertainment and why? 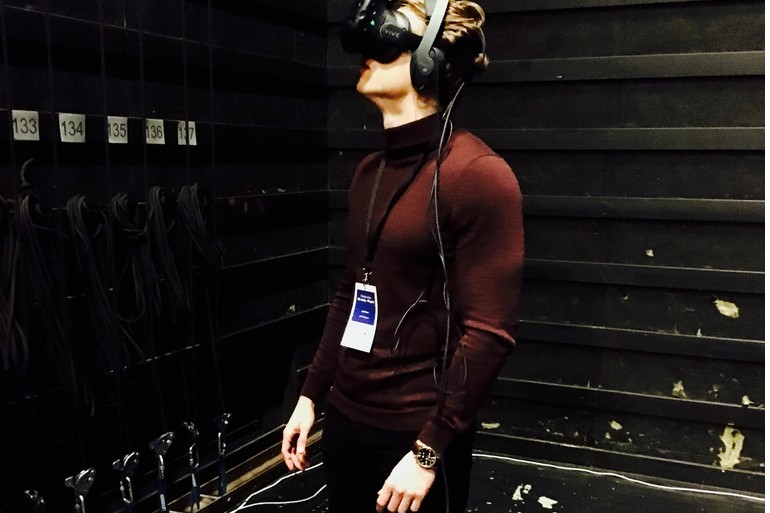 How is it possible that a technology, which isolates us from the real world, can make us more conscious and empathetic towards other people?
Venelina Peeva
FacebookLinkinTwitterGoogle+

More and more people have heard about Virtual Reality (VR) and automatically connect it with games and films. But, according to professor Peter Richardson from University of Hertfordshire, only 44% of the VR’s usage happens in the gaming industry. If you are wondering what else VR can be used for, the event “VR ready - AR you?” gives you plenty of ideas.

Right now, VR is used in the military, education, business, tourism, medical care and many more areas. To start with, the military and some medical institutions are using it for training purposes. For example, in combat, instead of actually having to shoot someone, or in the hospital, where students do virtual surgeries, instead of having to ‘put knife to flesh’, as Bertie Milis, keynote speaker from Virtual Umbrella, explained.

Tourism is another industry in which simulations can come in handy, when planning a trip to a particular country. There is already such an application you can download on your phone or tablet and you are immediately transported into Egypt’s main destinations.

One very important usage of VR outside the entertainment business is in diagnosis and treatment. It can show the doctor what happened at the time of a patient’s stroke. Thanks to the more detailed depiction, doctors are able to prescribe the proper treatment.

All these examples and many more were presented at VR ready – AR you with an emphasis on empathy. “VR and AR are just tools in making films, but depicting documentaries about disasters, for example, can increase empathy in people”, as Peter Richardson said. All three speakers managed to make the audience think about putting themselves in someone else’s shoes.
Bertie Millis, for instance, told us about the company Blackwood that made a 360° video on how well the caretaker homes treat the elderly. The video consists of you, as user of VR glasses, sitting in a wheelchair and people pushing you. Can you imagine yourself suddenly not being able to walk, and only being able to get around by being pushed in a random direction by others – and there is nothing you can do about it?

Or to be put in the mother’s place, in which the father is hitting your child? The last example was given from the speaker, Ane Skak from DR, that made this video to raise awareness about domestic violence among the public, which you can watch on YouTube.

With the help from a VIA University project, you could even try from first-hand experience how it feels to be in a coma or having a heart attack. 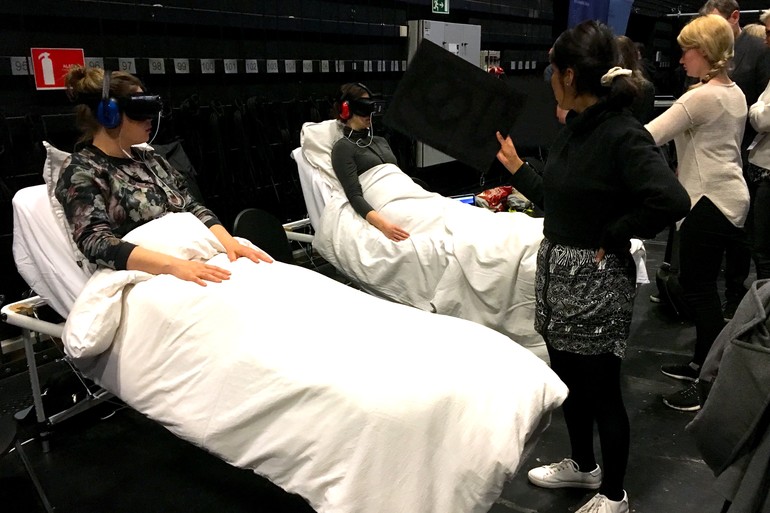 VR can immensely contribute to bring people together and make them understand each other’s experiences, whether bad or good. Both Peter, and Bertie mentioned that the possibilities with VR are endless, but it should be used for the right reasons and in respect to the audience.