Cybersecurity: Can we be 100% secure online? 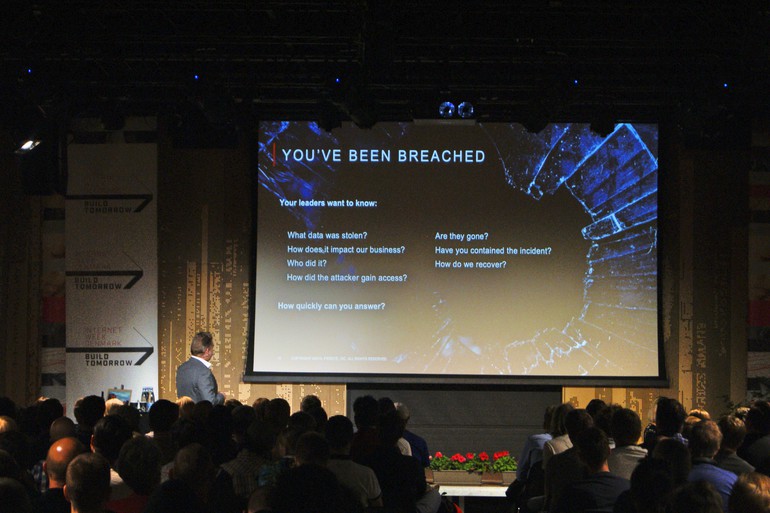 Cybercrimes should be prevented before they occur not detected after causing harm, according to the speakers at the cybersecurity event organized by the US Embassy.
FacebookLinkinTwitterGoogle+

The first event on Friday for Internet Week Denmark was the cybersecurity event held by the US Embassy. At 9 o’clock, when the event started, the room was filled with the audience ready to learn about security online.

The event was presented by Karl Stoltz, Chargé d'Affaires of the US Embassy, who started out by explaining that the US Ambassador to Denmark, Rufus Gifford, unfortunately couldn’t participate in IWDK because of a state dinner held at the White House.

The event was focused on modern cyber crime, what the FBI is doing in regards to cybersecurity, the war on high-tech crime and how cyber-crimes affects individuals and businesses.

The audience was in for a treat

The speakers shared their knowledge with us using titles such as “The Cybercrime Threat”, “State of the Hack” and “Ransomware: Putting it into Perspective”.

Some topics that were covered included the constant evolution of the internet, the growing sophistication of cyber criminals, attack prevention, and the importance of having access to all network traffic.

As the first speaker, Esposito pulled the audience into the world of cybercrime and informed the audience that everyone can be a victim. The worrying fact is that this number has increased during the last few years. Esposito explained the different types of cyber crimes and why agencies need to work together with other countries and the private sector to keep up the fight against the bad guys.

"State of the Hack", Monrad

Monrad explained how an employee of a company could knowingly or unknowingly be involved in a cybercrime. In addition to the latter, he brought up some interesting statistics that showed the growing use of ransomware in the hacking community.

Monrad finished his presentation off with a real life example of how dumb mistakes have brought millions of dollars in damages to companies. It turned out that even NASA isn’t safe from human error.

"Ransomware: Putting it into Perspective", Bossen

Bossen started out with the fact that the safety system used by most users, the firewall, is completely useless. He suggested creating a new system that would include an intelligent cloud and an advanced firewall. He explained what 0 day malware is and why it’s dangerous.

What happens online in 60 seconds?

Although Esposito described Denmark as a “safe and trusting society”, he also underlined that it is important for the Danes to remember, when it comes to cybersecurity, you should always “trust but verify”.

As the use of the internet becomes more and more widespread, the number of victims of cyber crimes will rise as well. It will not only affect individuals but also big corporations, and the industry of fighting cybercrime will continue to grow.

This article is based on the event Cybersecurity - the Cybercrime Threat.