23 % of all Danes actively use ad blockers, which makes Denmark one of the European countries with the highest amount of ad blockers installed. How does that influence businesses that depend on advertising like media- or advertising agencies and news media?
FacebookLinkinTwitterGoogle+

The large conference room at Dokk1 was well heated in more than one sense on Friday afternoon, when four experts gathered to discuss the ad block challenge moderated by the notorious tech TV host Nikolaj Sonne - well known from the TV show on the Danish National TV channel, So Ein Ding. Here I will provide you with the most important, interesting and entertaining perspectives from the debate. 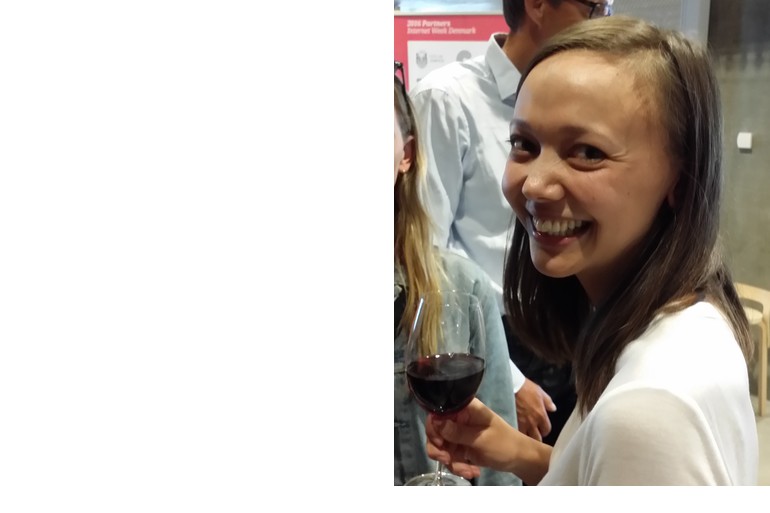 The ball was opened with Natasha Alexia who recently handed in her master’s thesis on ad blocking on mobile devices. Natasha was there to present her findings from her thesis, which was an interesting opening to the tricky topic. According to her, 2 % of all ad blocking in Denmark is on mobile. The interesting thing about mobile is, that it is perceived as a reflection of the self in another way than the computer, she explained. The mobile device is always present.

What Natasha found during her work with the thesis was that ad blockers add the sense of freedom to its users. But privacy was also an important factor. For example, personalized adds could be perceived both positively and negatively depending on the degree of privacy concerns. The more privacy concerns, the more intrusive personalized ads were perceived. Instead, she found that adds that contained information or entertainment were perceived less intrusive. Natasha did not suggest that anyone would benefit from banning users who use ad blockers from certain websites. “The problem is that consumers have lost their trust in ads”, she explained, and there is no easy solution for that.

My favorite quote from Natasha: “I believe that native advertising may make the news media loose integrity and trustworthiness” 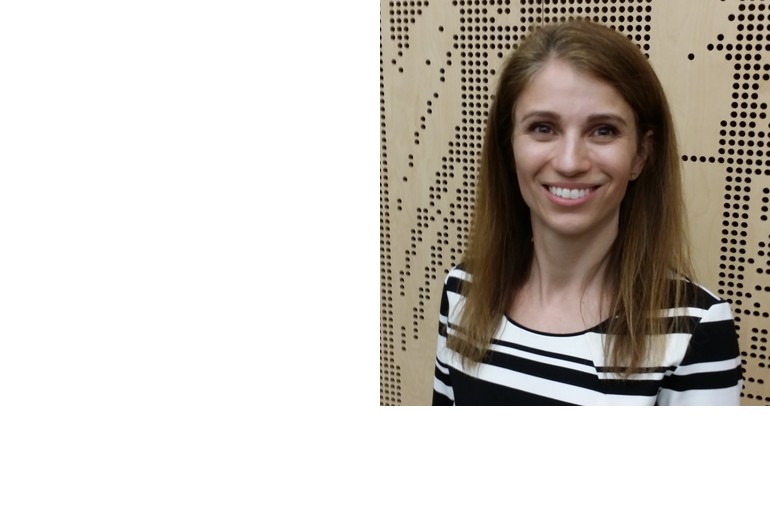 Anja started her performance by supporting Natasha in the perception of how electronical and digital devices function as extensions of the body today. We perceive a mobile phone or a smart watch as a very private part of ourselves that we carry around with us all the time. We do not make a distinction between online and offline life anymore. The internet is a place we visit just as any other space in the non-online world. However, many do not feel that they are as private as they want to be in their online spaces. Ads are perceived as intrusive, and as a consequence, users install ad blockers to regain their privacy.

Anja refers to a test carried out in the Digital Society network by PhD-student in computer science at Aarhus University, Erik Krogh Kristensen. She explained how she wanted to test whether Ad Block Plus actually provides privacy for the users as promised. Erik found that Ad Block Plus was supporting privacy by not tracking or letting other software track its users. However, Ad Block Plus is an open source software. The source code is openly accessible online, and thus anyone can make another version that looks exactly like it, but which does violate privacy. Such incidents is not possible to check for someone who does not know how to read the code.

My favorite quote from Anja: “It is not to scare anyone off, but it may not be the solution to force people to install ad blockers”. 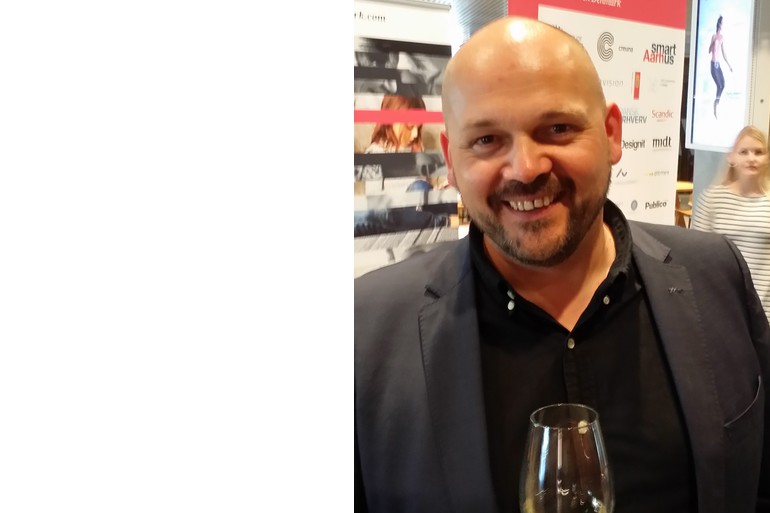 Hannu started claiming that ad blockers were sent from God, comparing traditional advertising to the ten plagues [in the Bible ed.] - suggesting adblockers to be the salvation. “My life has changed for the better after I got Ad Block” he claimed. Hannu pointed out, that ad blockers has made advertising more sophisticated. Advertising content is simply getting better because ad block’s existence has shown how much people hate traditional advertising. By saying that, he gave a shout out to journalists without whom, he claimed, the world would be a worse place. “They provide advertising with relevance, which is brilliant”, he stated.

Shit is not good business

Push marketing will not die, Hannu predicted, since consumers need to get their knowledge about brands from somewhere, but it needs to be of good quality. Hannu referred to the solution of blocking users with ad blockers: “It is a stupid fight to block ad blockers with ad block blockers”, he jokingly explained. “Advertisers must stop weeping and start doing something about their horrible ads instead” he remarked. 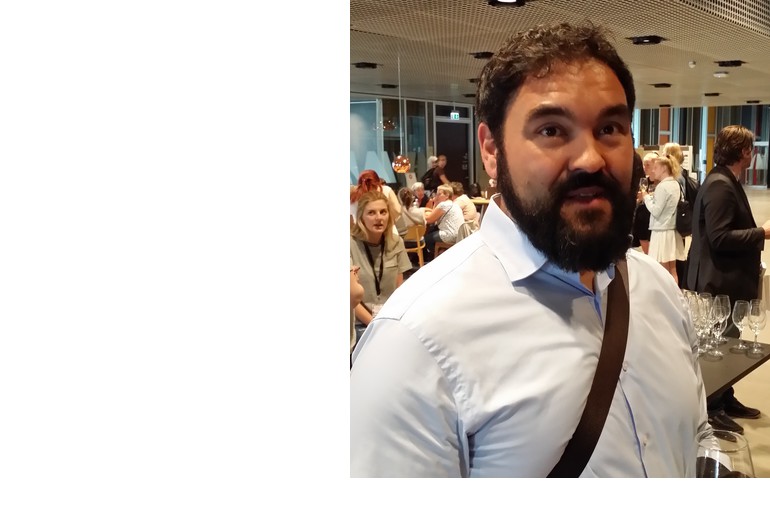 Christian Godske entered the stage with a response to Nikolaj Sonne’s uncertainty concerning what a media agency is. “Media agencies are the glue that binds advertising and consumers together,” he explained coquettishly. “There has been an erosion of trade barriers lately, however, where media agencies are becoming data houses”. Much like Hannu, Christian also pointed out that blocking ad blockers is not the way to go. He pointed to the fact that businesses who have strived to force consumers to a certain behavior have historically failed. Therefore, he believed that making better ads would solve the problem. Christian’s take on it was on the data part however.

“Ads are not relevant enough because data is not taken properly advantage of” Christian explained. As part of that statement, he added how people do not want ads about something they bought last week, which is a good example of where data usage fails. Data is knowledge, and knowledge is power. Quoting Voltaire and Spider Man: “With great power there must also come great responsibility” he noted that data usage should be transparent, enabling users to be more confident with media agencies using their data.

My favorite quote from Christian: “If you do not find your own content relevant, do not push it into other people’s faces” 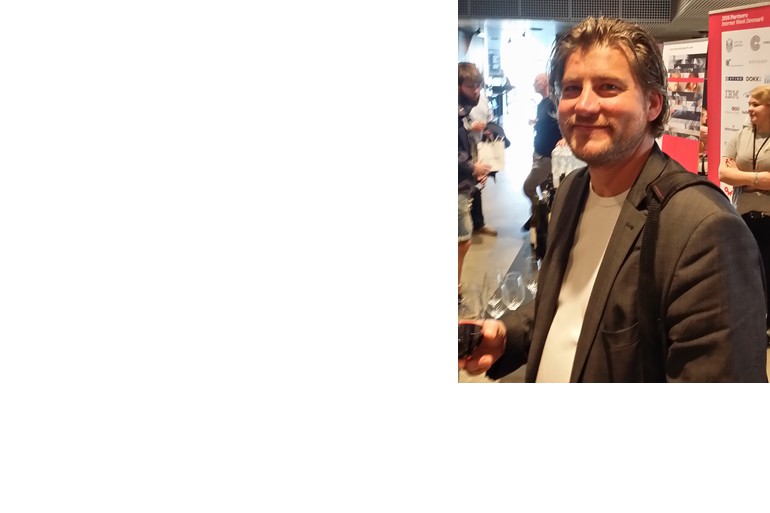 “I brought a manuscript because this topic really gets me in the mood” Jesper Johansen from Nordiske Medier noted as he went on stage. Jesper’s main point was that Ad Block was broken and instead of fixing it, it should be destroyed. As stated several times during the debate: “I am going to kill it”. Jesper mainly directed his unhappiness at Ad Block-providers. He was not at all going after the consumers, he ensured the audience, since the “consumers are not to blame”. But “Ad Block-providers market a lie” he explains “they promise not to show ads, but then again, they do let some ads slip through”.

There is no such thing as a free meal

If news content should be free to users, then the money must come from somewhere, and that income is destroyed by ad blockers, Jesper explained. A member of the audience suggested to change the business model to be based on subscriptions like some sort of “Spotify for news media”. A solution that was supported by the audience, if one should count by show of hands. Jesper was not thrilled by that idea though: "It would destroy our integrity not to have our own platform," he pointed out.

My favorite quote from Jesper: “Ad blockers can potentially block everything. It is censorship being marketed as if it is in the interest of the users”.